The Constitutional Council hands over the bill for a new constitution

The Constitutional Council presented the Speaker of Althingi, Mrs. Ásta Ragnheidur Jóhannesdottir, with the bill for a new constitution in Idnó, today. The bill was unanimously approved by all delegates, at the last meeting of the Council, on Wednesday 27 July 2011. The bill assumes that from now on, changes to the constitution will be submitted to a vote by all who are eligible to vote in Iceland, for either approval or rejection. All delegates agree that the population should be given the chance to vote on the new constitution before Althingi’s final vote on it. In the case of ideas arising to make changes to the bill prepared by the Constitutional Council, the delegates of the Council declare themselves ready to revert to the matter before a national referendum is held.

The bill starts with a prologue and contains a total of 114 articles in 9 chapters. The bill’s prologue starts with the following words: „We, who inhabit Iceland, want to create a fair society, where everyone is equal. Our different origins enriches all of us as a whole and together we have the responsibility for the legacy of the generations, land and history, nature, language and culture.“

The main themes which the Constitutional Council has observed during its work have been these three: Distribution of power, transparency and responsibility. The Council has strived to increase the distribution of power with a clearer division between the three branches of power. Furthermore it provides for an increased public participation in decision-making, also leading to further distribution of power. The Council put much emphasis on a clear and intelligible presentation of the constitution, regarding the wording and overall structure, as well as making it clear who has power according to the constitution and as a consquence responsibility.

The Chapter on Human Rights has been revised and is now called Human Rights and Nature. The Principle of Equality is more detailed than in the present constitution and especially provides that all shall be granted the right to live with dignity. A provision is made that by law, all children shall be granted the protection and care required for their well-being. With the emphasis on increased transparency and duty of information of the government, it strives to better ensure civil rights against the authorities. The rights of media are put in the constitution and freedom of information is increased, it is especially provided that everyone is free to collect and distribute information and that public administration shall be transparent.

Other new items in the Chapter on Human Rights and Nature are articles on Icelandic nature and environment and an article on resources, which states that resources not under private ownership are owned collectively and eternally by the people of Iceland. A new article is introduced providing that authorities should inform the public about the state of the environment and nature and the effect of land development on it.

During the revision of the constitution, emphasis was put on the distribution of power and to increase the separation between the legislative power and the executive power. Many of the changes will improve the legislative work of the Parliament. A special emphasis was put on strengthening the Parliament’s role in supervision and financial management and the chapter on Althingi has many new items looking towards that. Furthermore, several articles call for a qualified majority of Members of Parliament, such as for the election of the Speaker of Althingi, intended to increase consultation between the majority and minority of the Members of Althingi. A new institution, Lögrétta (the Law Council), is established, with the role of examining whether laws are in accordance with the constitution or not.

The bill includes several new items intended to ensure the right of the public to a democratic participation in decision-making. According to the bill 10% of the electorate can demand a national referendum on laws passed by Althingi and 2% of the electorate can produce a legislative proposal to Althingi. With these changes, Iceland will be among the nations which best ensures the right of the public to participate in public decisions, or direct democracy.

The electoral system has undergone complete revision. All votes throughout the country are equal. A voter can select individual candidates across lists, but the legislator can stipulate that the vote is narrowed down to lists in one constituency or the national lists of the same political parties. Number of constituencies shall be from one to eight.

The President shall not stay in office for more than three terms according to the bill and no government Minister can hold the same office for more than 8 years. Furthermore, the Prime Minister is elected directly by Althingi, following parliamentary elections; a direct parliamentary democracy. A novelty is introduced, that with a vote of no-confidence of the Prime Minister, a suggestion of his successor must be included. Should a Member of Parliament be appointed government Minister, he shall withdraw from his seat in Parliament during his time in office as a government Minister, and be replaced by his substitute. Articles on Ministers and the Government are more detailed than in the current constitution. A provision is made that the Government has collective powers and responsibilities and makes decisions as such, in important and policy-making matters. Also, a provision is made about the duty of information and the duty of truth of Ministers to the Parliament and ensured that competence and objectivity shall prevail for official appointments.

A new chapter on the judiciary is submitted, with the Supreme Court defined as the highest court of the state. Further provisions are made in the bill about jurisdiction of courts, appointments of judges and their independence.

A special chapter on foreign affairs is presented. It states that it is allowed to sign international agreements, which includes a pooling of sovereignity to international organizations of which Iceland is a member, for the purpose of peace and economic co-operation. The pooling of sovereignity shall always be revocable. Should Althingi consent to the ratification of a treaty which entails a transfer of sovereignity, the decision shall always be put to a binding national referendum for passing or rejection. The decision of supporting actions involving the use of force, other than those which Iceland is obliged to according to international law, shall depend on the decision of Althingi.

The delegates of the Constitutional Council is a group of various people with diverse opinions, education and experience in life. Each and everyone has taken a stance to matters based on their own beliefs and opinions. During the process, the Council has consulted the Report of the Constitutional Committee, as well as the result of the National Forum 2010. The public has had wide access to the work of the Council, primarily by writing comments, totaling 3600, as well as sending their suggestions, numbering approximately 370, to the Council’s website. The idea that the public had their saying in the revision of the constitution has thus been preserved. In that way, the bill of the Council has little by little taken shape during discussion between the delegates themselves and with open exchange of opinion with the community. The Constitutional Council now presents the bill to the Parliament and to the people. Explanatory notes on the bill, reflecting the discussion within and outside of the Council, will be handed over to Althingi next week.

The Constitutional Council expects that the open discussion of recent months on constitutional matters will continue. 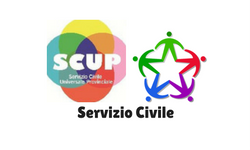 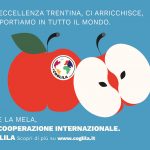